Faster Recovery and the Carbohydrate Window

Also known as the metabolic window, the carbohydrate window plays a strategic role in your training. Have you ever wondered why it’s so hard to get out the door some days for a workout, or why your workout often results in a depleted slog? Many runners attribute their lack of motivation or desire to being weak-willed. Others simply accept a plethora of unfulfilling runs and workouts as inevitable. Poor training days, however, are often linked to poor eating days. Feeling good on tomorrow’s run hinges, to a large degree, on feeding the carbohydrate window. What will you eat following your endurance workout? The key to a speedy recovery is to provide your body with necessary fluids, carbohydrates and protein after the exercise workout. And the sooner you eat and drink, the better. 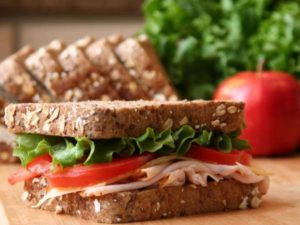 Carbohydrates that runners consume daily (fruit, juice, vegetables, bread, pasta, rice, beans, etc) are converted into glucose or blood sugar and used as energy throughout the day. The body stores glucose that is not used fairly promptly into the liver and muscles as glycogen. The body can convert glycogen back to glucose to use at a later time. Muscle glycogen, the body’s preferred fuel during exercise, plays a crucial role when you pick up the pace or intensity of workouts. As glycogen stores become depleted, you’re forced to slow down, sometimes even to a crawl, just in order to finish. Chronically low muscle glycogen stores can trip up even the fittest runner, especially those who train daily. Heavy or sore legs, feeling rundown, or a lack of your usual energy can indicate insufficient nutrition recovery from your previous workouts. Runners who exercise with low muscle glycogen stores also incur more nagging injuries. Start out with less than a full tank and you’ll also likely perceive the workout or race as “feeling harder than it should.”

Since it takes the body almost 24 hours to fully replenish muscle glycogen stores, the trick is to capitalize on nutrition and the carbohydrate window that is open for approximately 30 minutes after exercise. During the first 60 minutes following your workout, especially the initial 15-30 minutes, muscles convert carbohydrate-rich foods and beverages into glycogen up to three times faster than at other times. Unfortunately, runners often spend this time stretching, socializing, showering and scurrying back to their car to pursue their next commitment.

Re-hydrate and Refuel Inside the Window

Within 30 minutes of a strenuous workout, re-hydrate and refuel inside the carbohydrate window. For optimal recovery, replace fluids and carbohydrates simultaneously, within the first 15 to 30 minutes, especially following intense workouts or prolonged runs lasting 90 minutes or longer. If you like to train by the numbers, consume at least ½ gram of carbohydrate per pound of body weight. For most runners this equates to 50 to 100 grams of carbohydrate. Numerous options abound: sports drinks (14 to 19 grams per cup), high-carbohydrate or meal replacement beverages (check the label for grams of carbohydrate per serving, some provide as much as 50 grams per 8 ounces), fruit juice (25 to 40 grams per cup) and milk (12 grams per cup). Of course real foods, such as fruit, yogurt, cereal and bagels, serve as other generally easy-to-put-down, well-tolerated options.

To further enhance your recovery, you should pay attention to your sodium and protein needs as well. Drinking a sports drink with electrolytes will help your body hold on to the fluids you drink. After a workout, a sports drink does a fine job. Include a sandwich with protein, like peanut butter, chicken or your favorite Subway BMT. Adequate levels of sodium also helps prevent hyponatremia (low blood sodium level), a potentially fatal condition occurring when runners consume large amounts of water but fail to replace electrolytes and sodium.

Protein is a vital food for recovery. Protein is needed to repair and rebuild muscle tissue, and can boost glycogen re-synthesis when consumed shortly after exercise. Eat the protein within the same crucial “carbohydrate window” following exercise. At the very least, include a source of quality protein at your next meal, with dairy foods, eggs, meat, poultry, fish, beans or soy foods, and plan to eat a regular meal within two hours following lengthy exercise.